Windmill Rice Company offers a fully-equipped Rough Rice grading Scale House. Incoming product is probed for sampling. First the Rough Rice (Long Grain or Medium Grain) is collected and poured through a separator. The rice is then poured into a Dickey Johns moisture machine. The machine will determine the cup weight and moisture level of the rough rice. No rice with a moisture higher than 13.0 is accepted for dumping into the rough rice storage tanks. If the moisture is 13.0 or lower, 162 grams are measured for the milling process. The measured rice is transferred into the milling machine where it will mill for approximately 1 minute. The process removes the bran and hulls from the rough rice. The milled rice is then weighed to calculate the total milling yield, from there the rice is transferred to the shaker table which has percentage holed screens to catch the broken rice. When the whole grain is collected, it is measured again for whole grain yield. The milled rice is then scattered onto a white surface for inspection to insure there is no red rice or heat damage to the rice. The cup weight, milling yields and haul cwts are then entered into our AGRIS system to document accepted rice against a farmer’s contract.

After the rough rice is dumped into one of our four rough rice storage bins, it begins its journey to the mill. Upon the mill’s decision of Long or Medium Grain, the appropriate grain is transferred to Tank #4 (also called the Day Tank). The transferred rice then travels through rough rice scales and feeds and begins feeding the machines where the shellers make 3 separations (Brown Rice, Immature Rice and Hulls). To the Paddy Separators 2 separations are made. From there Millstock Graders make 2 separations (Brown Whole Kernel and Brown Broken Kernels) that travel to the Millstock Scales. All rice feeds through Rare Earth Magnets before the Abrasive, Friction and Polisher processes. After the Polisher, the rice is fed into the Sortex Color Sorter then through the Clean Rice Graders, making 2 separations – Whole Kernel and Broken Kernel. Broken Kernels feed the Secondhead Scale through Rare Earth Magnets ending in a designated Milled Rice Bin. Whole Kernels feed the Fancy Scales through the Rare Earth Magnets ending in a designated Milled Rice Bin. The By-Products (Bran and Hulls) removed from the rough rice are sent to seperate bins for bulk truck loading. 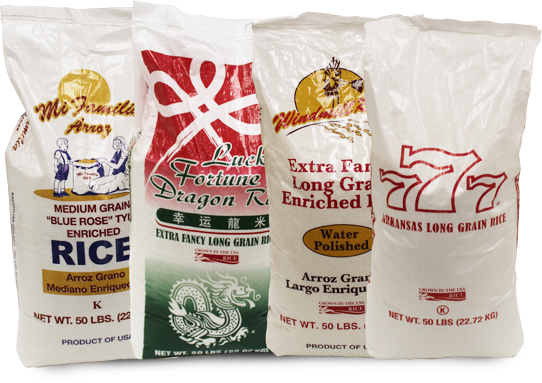 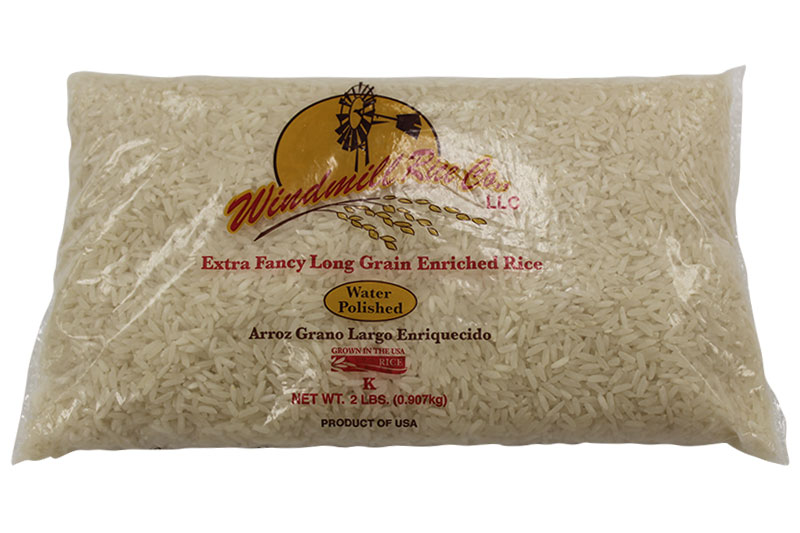